Yamuna Muktikaran Abhiyan (Save Yamuna Campaign) Team Gets Together

In a yet another attempt to bring Government’s attention toward the deteriorating condition of Yamuna river, volunteers of Maan Mandir along with other respected and concerned groups such as Bhartiya Kisan Union (Bhanu) and Vallabh Sampradaya and many other volunteers, devotees and organizations got together to chock out a strategy for organizing second Pad Yatra or Foot March from Kosi Kalan to Delhi on March 15, 2015.

During the meeting it was discussed to how to make the campaign a success. How to approach people so that every one of us feel a personal responsibility to care about the river. The solution lies with more and more people raising their voice for the solution.  In the meeting everybody agreed  to use latest social media and other mobile technology in spreading the message and allowing people to connect easily and effectively. 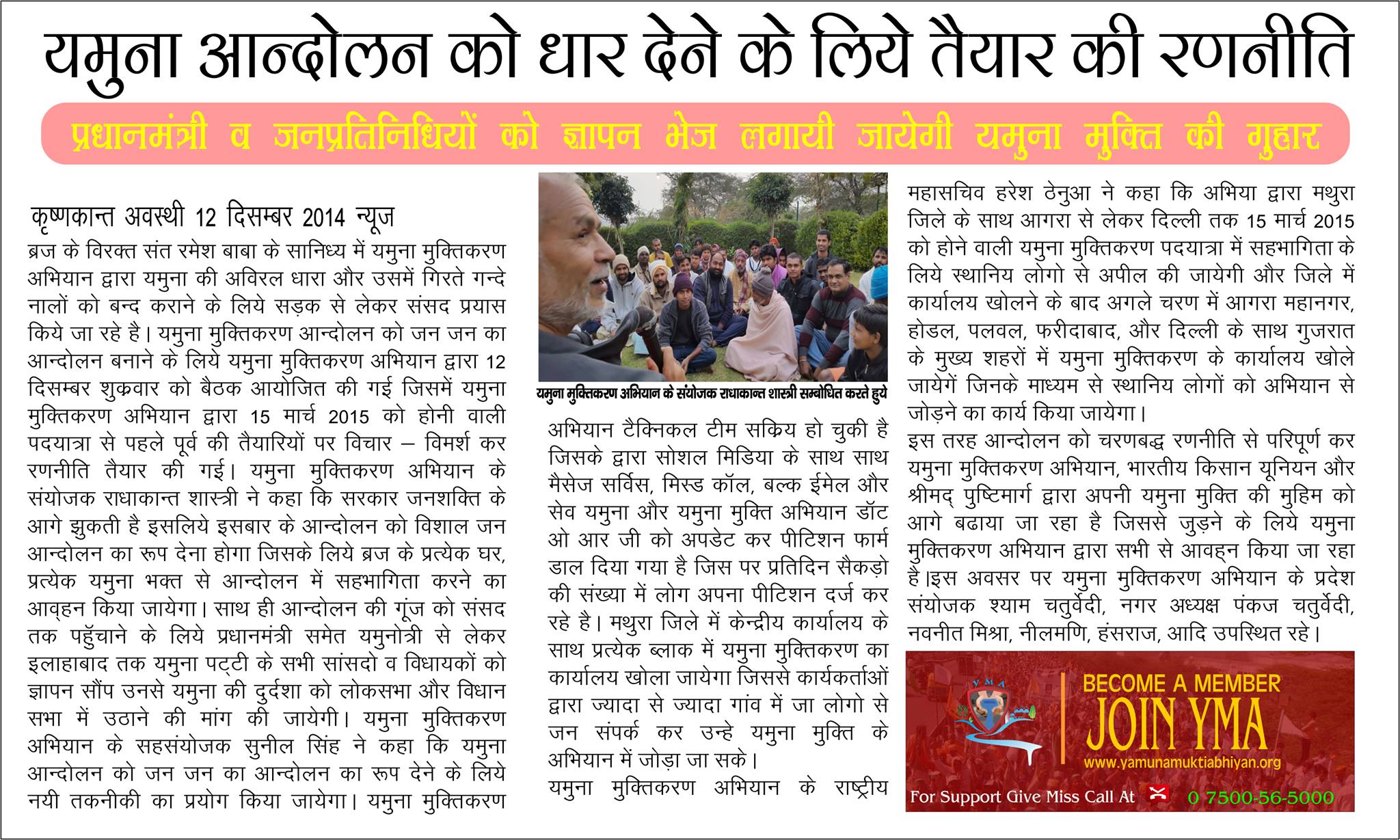